Customer engagement and sales like you wouldn't believe.
Unleash the power of engaging, authentic, shoppable live video streams – directly in your online shop.
Request a demo
Super easy integration with: 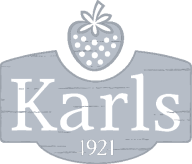 Your Customers. Closer Than Ever.

“Why Live-Streams are the
future of Online Shopping”

“Europe weaks up -This Idea  will change the shopping era"

“Why Live-Streams are the future of online shopping”

“Europe wakes up -This idea will change the shopping era"

“Online shopping is
becoming an experience”

A New Age Of Shopping 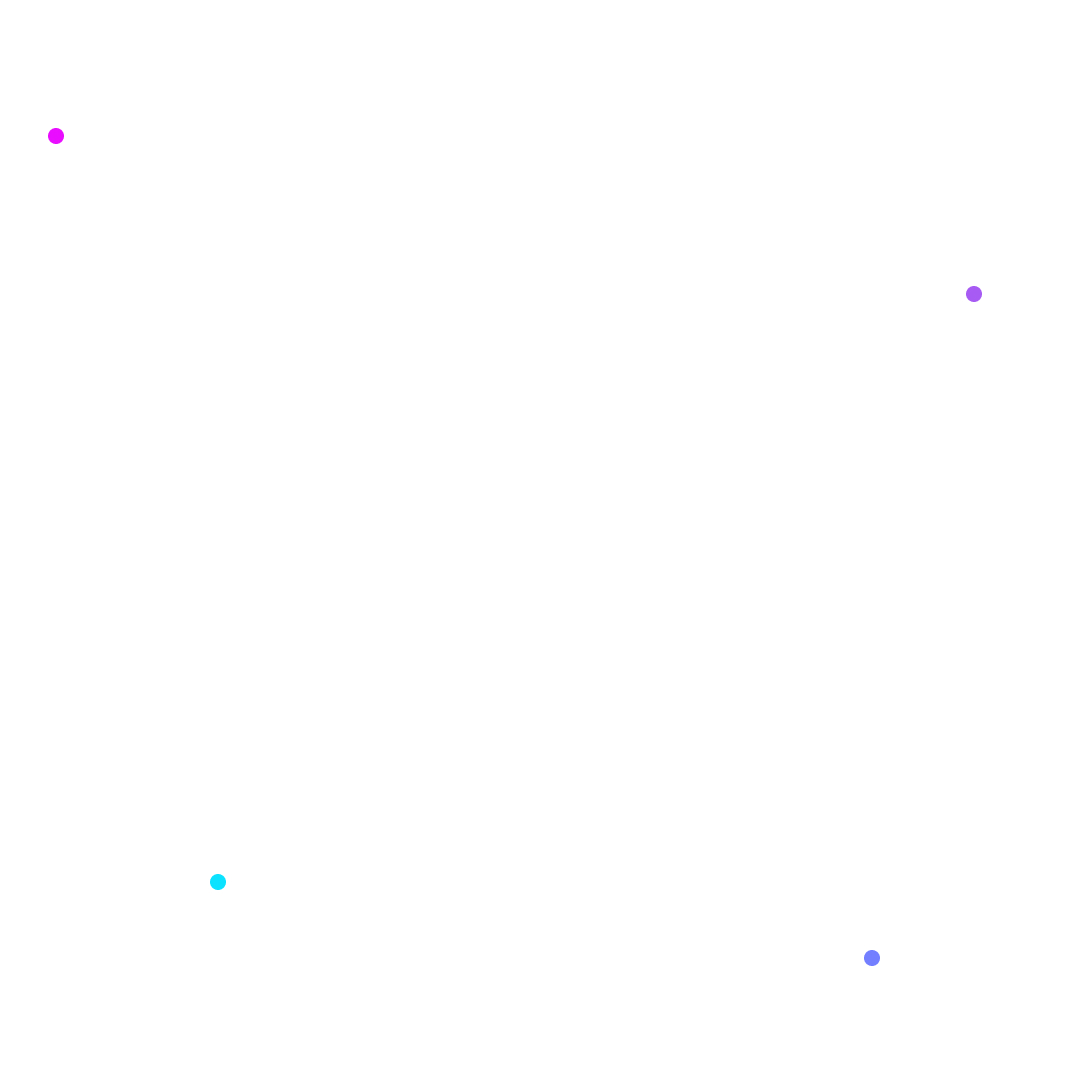 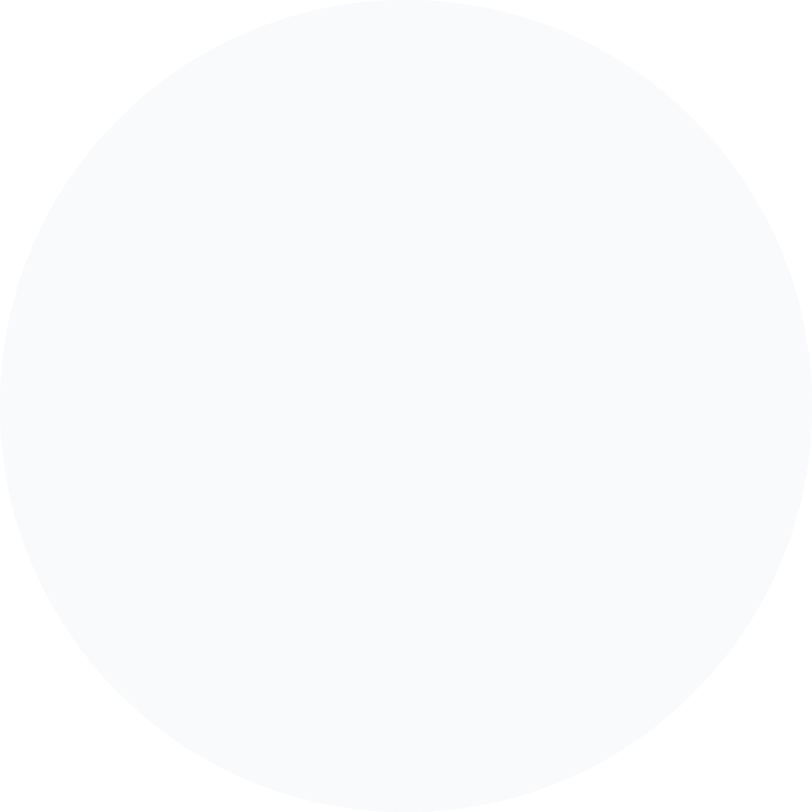 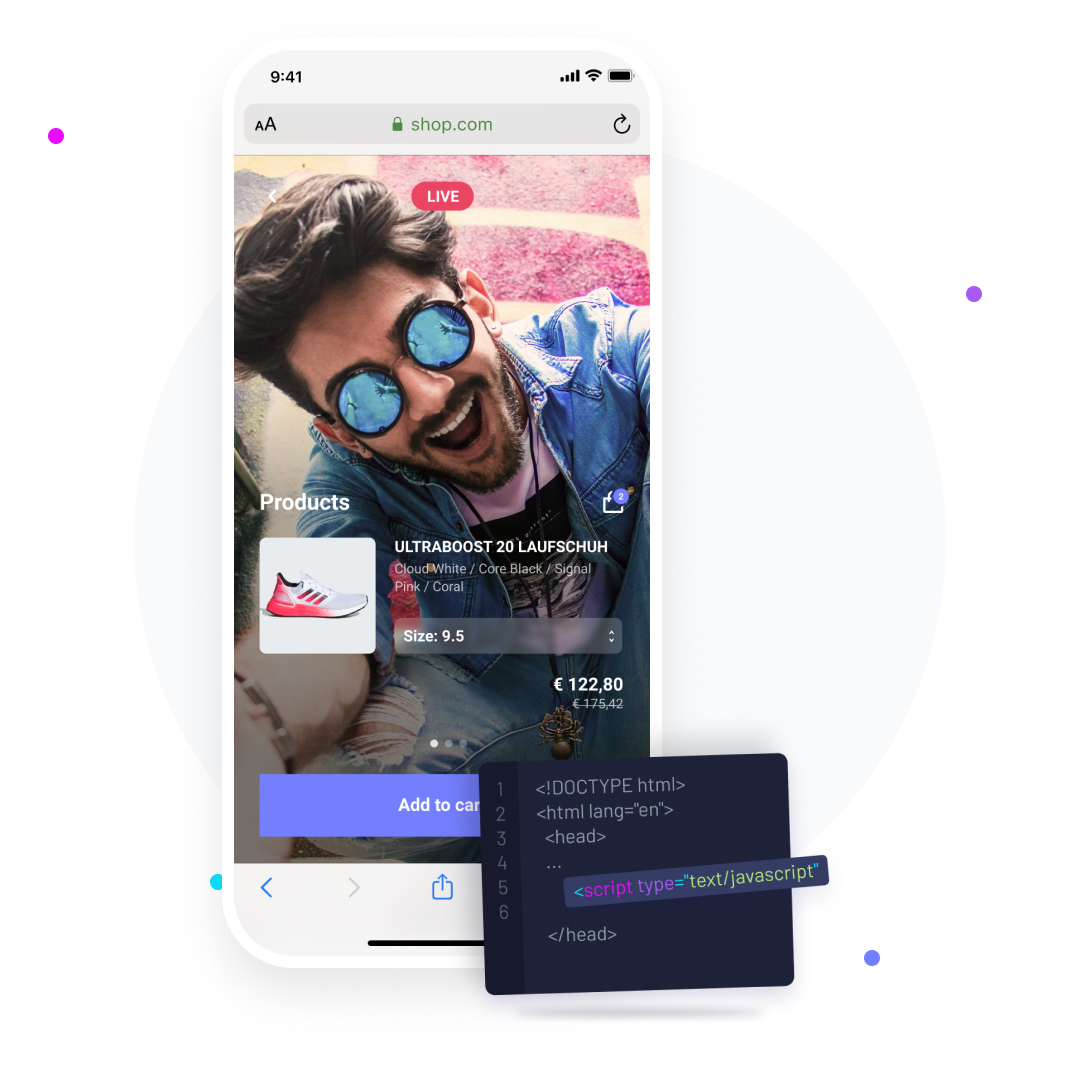 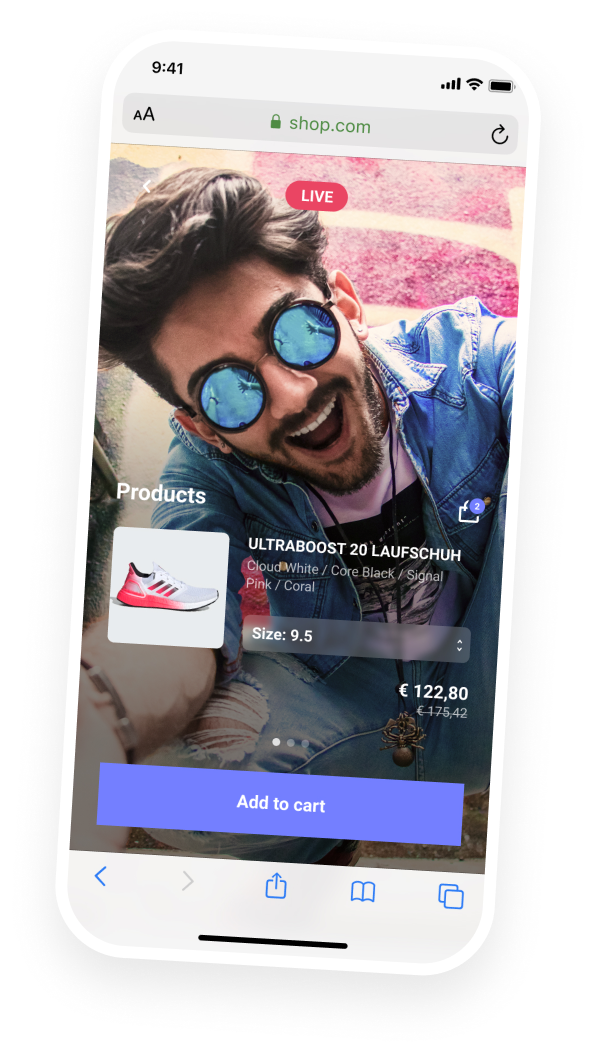 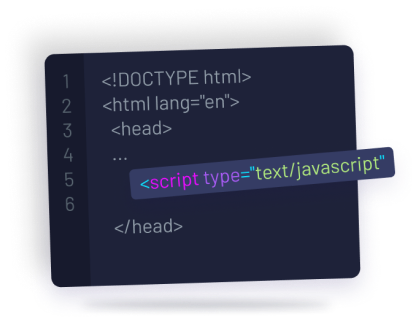 A picture says more than a 1000 words. Guess what – we'll give you 30 per second. This way, you'll turn your online shop into an engagement powerhouse.

We made it our mission to provide you with the power of a professional studio right in your pocket. Except – we spared you the annoying manual fiddling. 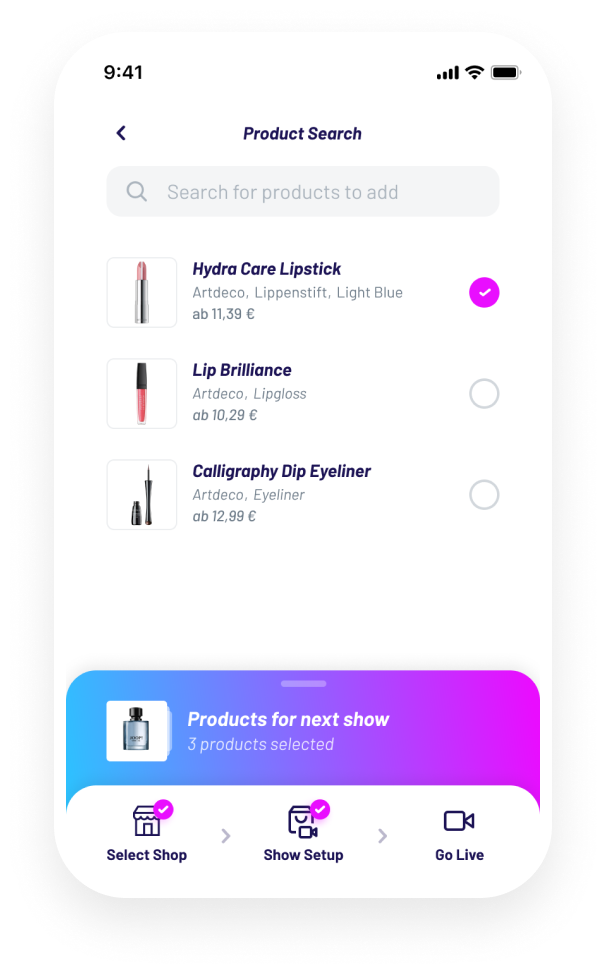 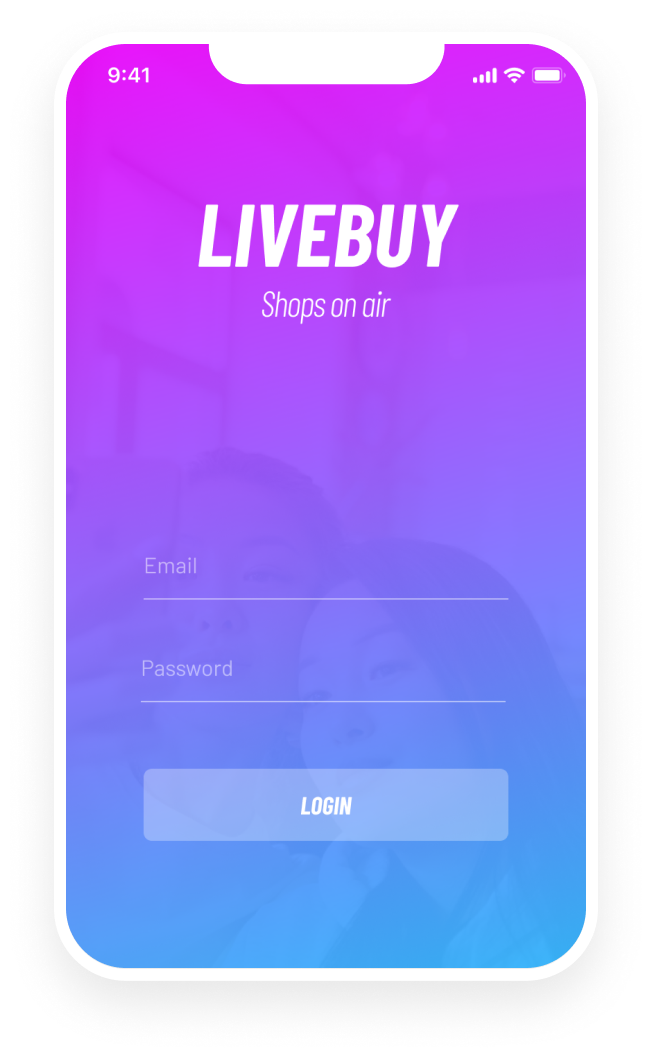 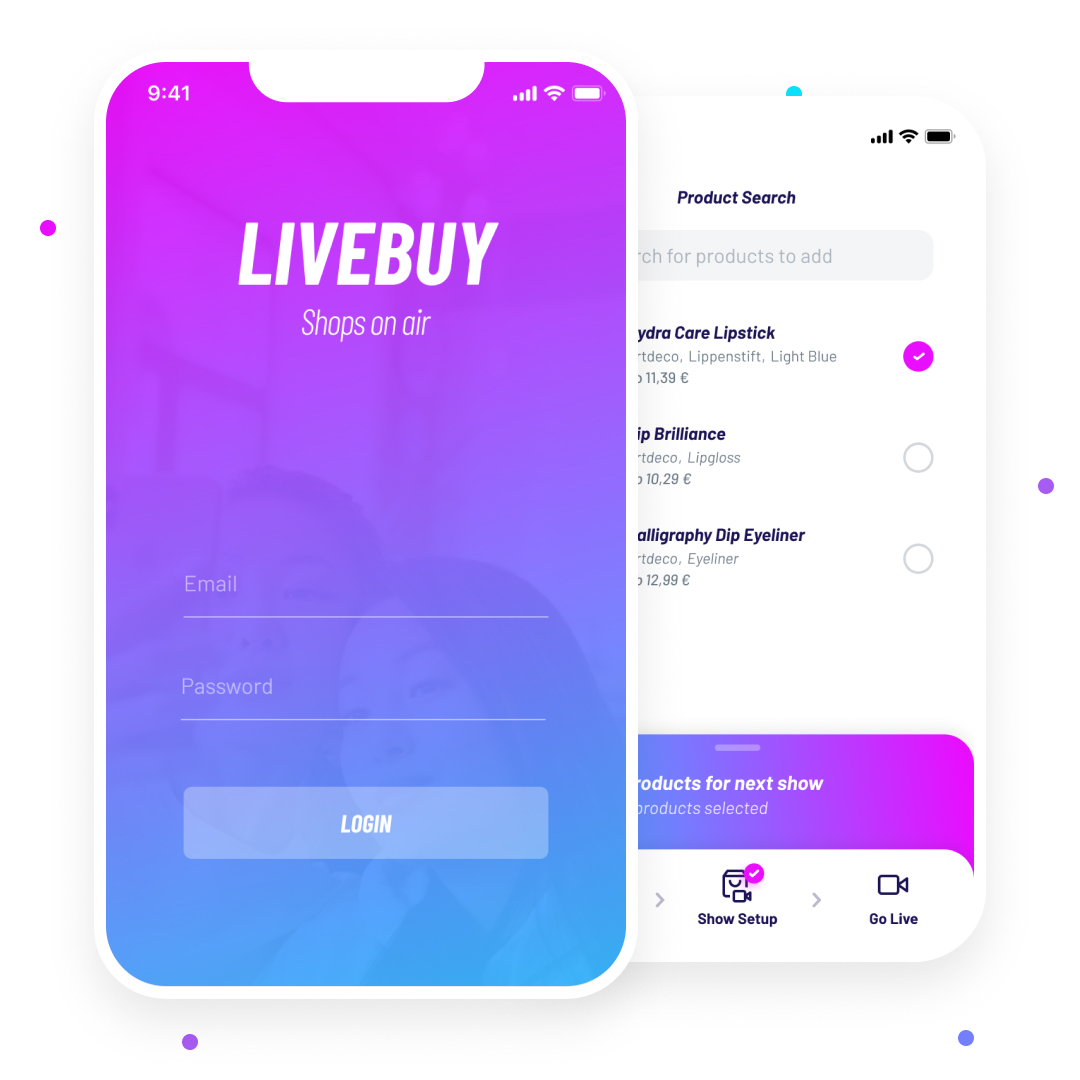 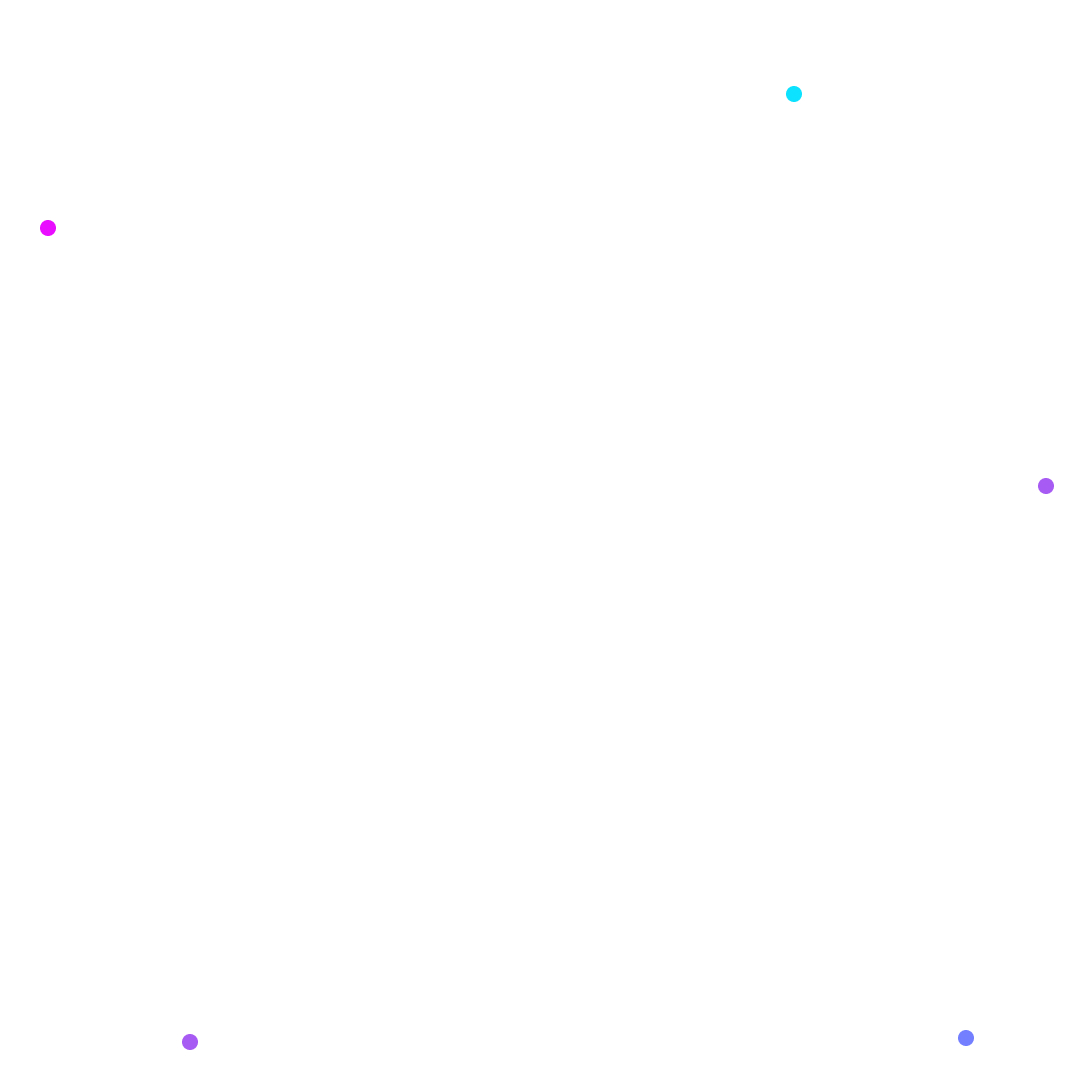 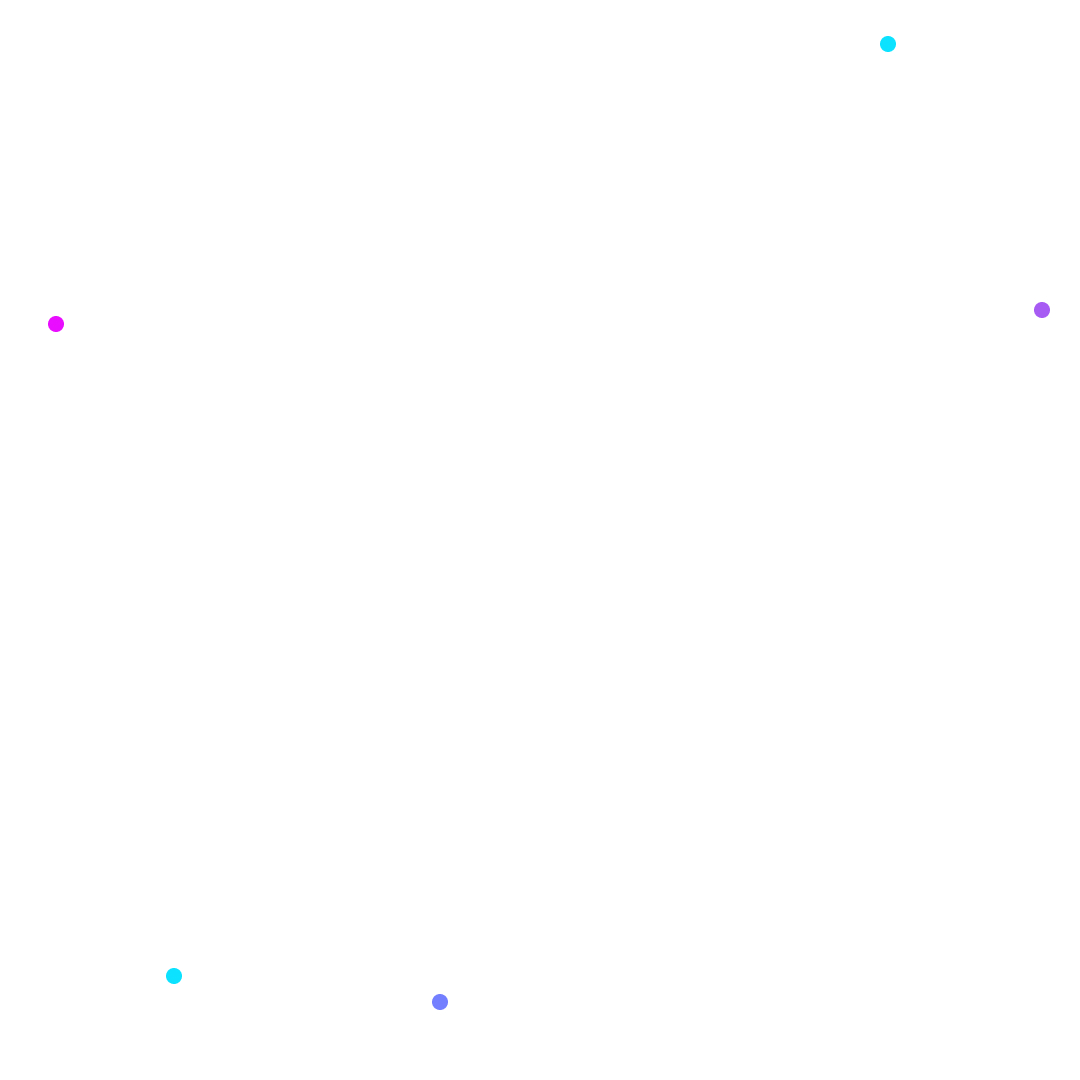 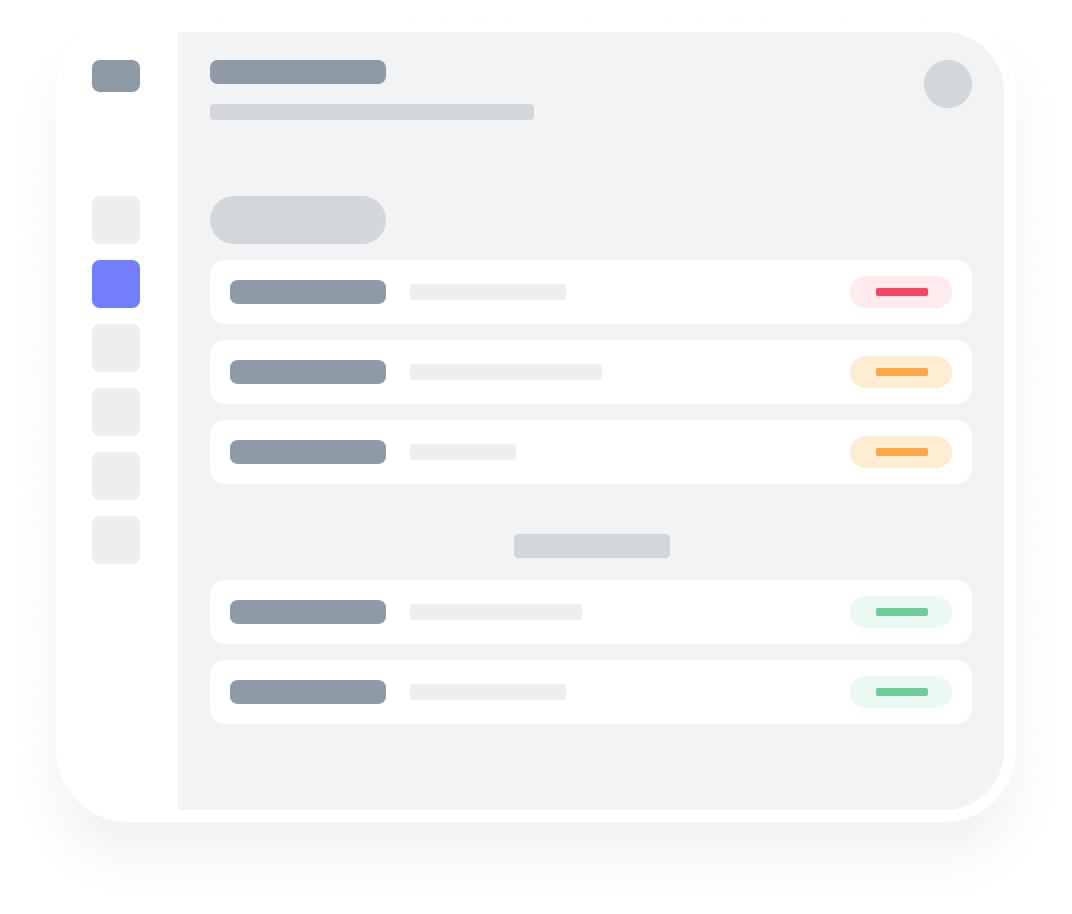 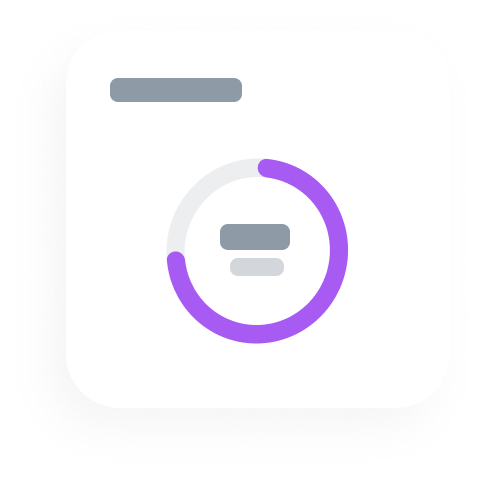 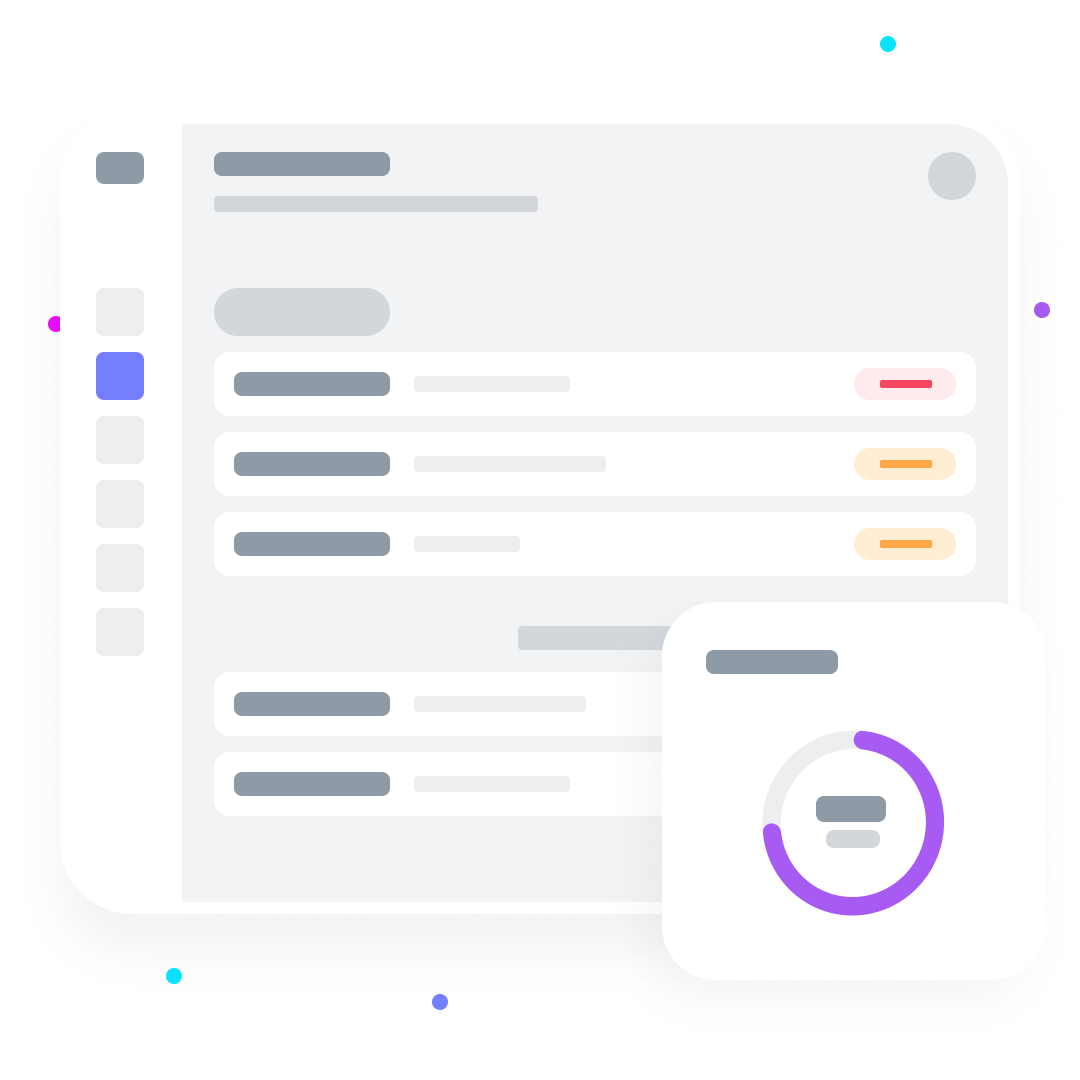 This is important: The more content you create, the more successful you will be!

With the LIVEBUY Creator App and Dashboard you can involve your employees, brand partners, influencers, key opinion leaders and even your own customers to live video content non-stop!

We'll turn you into the director, producer and star of your very own livebuying media empire!
Content Creation

We'll Provide The Canvas. And Then We'll Help You Paint It! 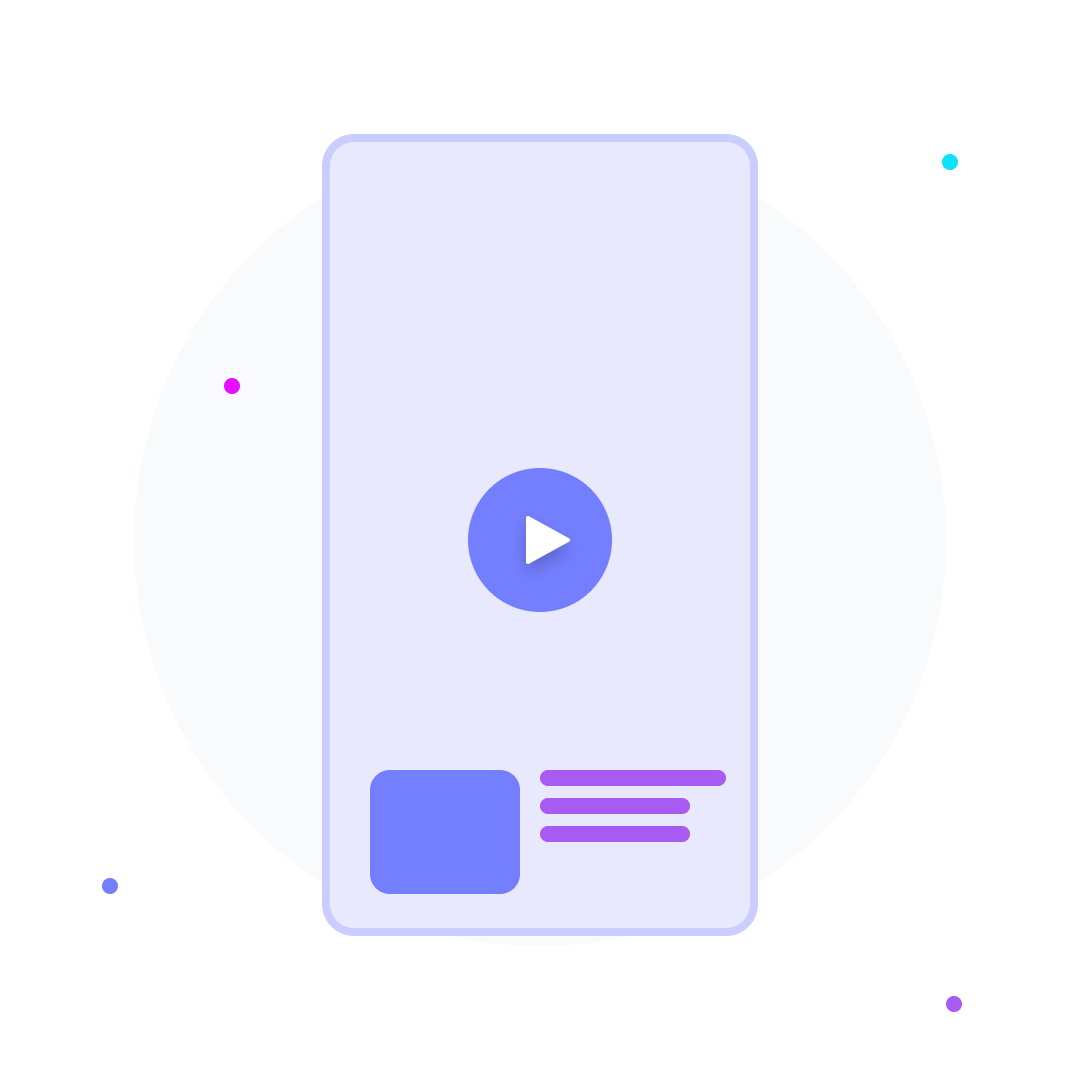 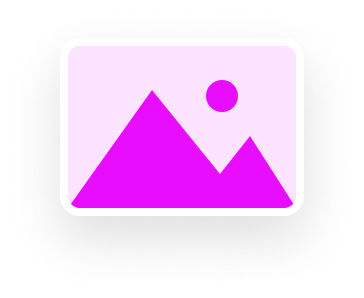 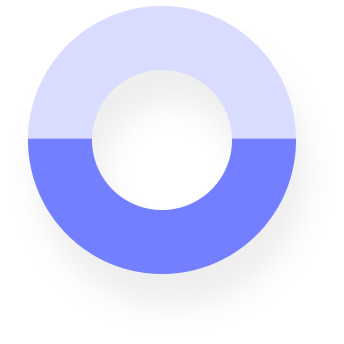 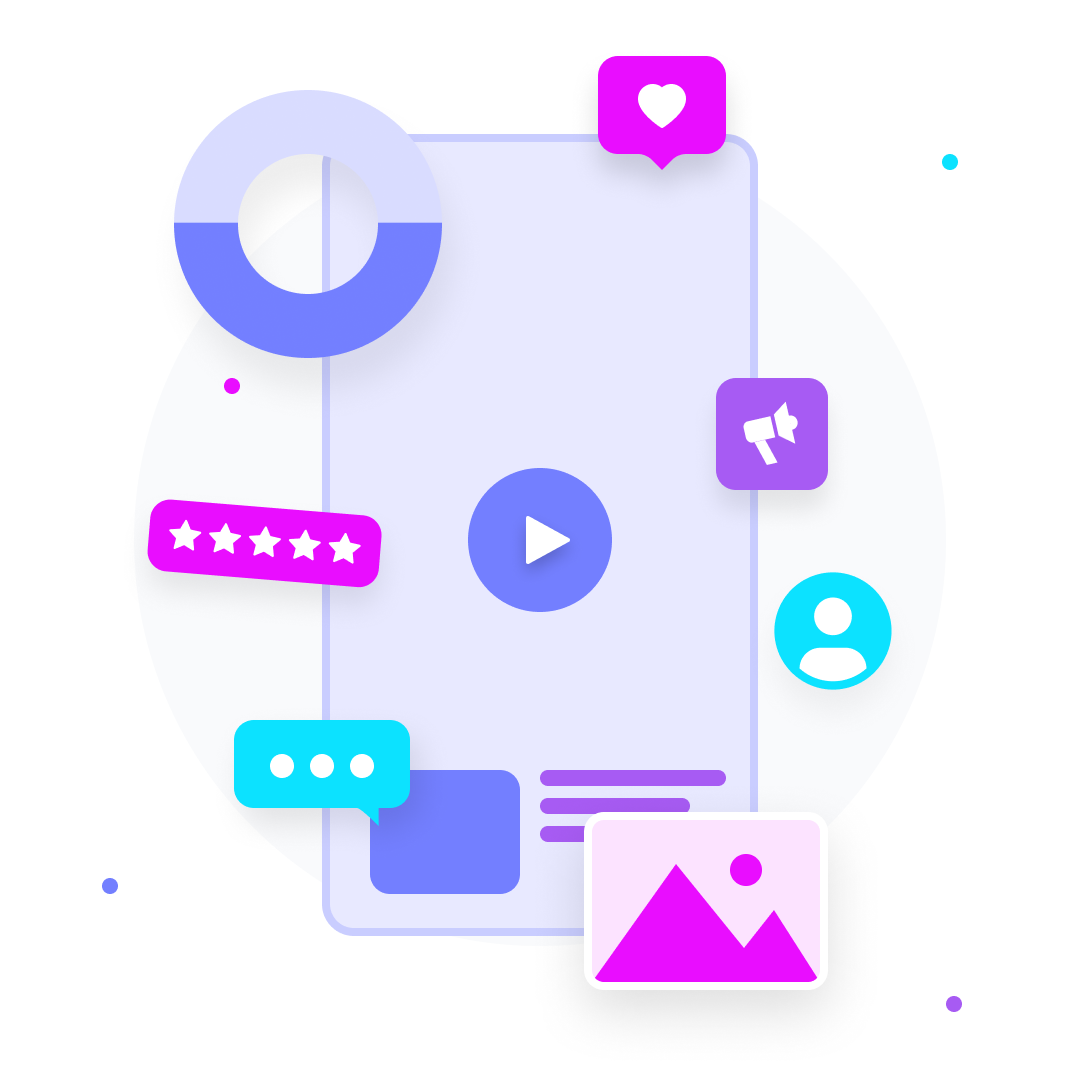 Let's be creative together!

We know that LIVEBUY can only be as good as the content that you create with it. That's why we have an entire department focused on helping you create the best, most engaging content on this planet!

No matter your industry, we've got you covered!

Additionally, we have the best creative agencies on speed dial to make even your wildest dreams possible!

"The average user spends
88%
more time on a website with video."

"Viewers retain
95%
when they watch it in a video, compared to 10% when reading it in text.

Not convinced, yet? OK. How about some facts?

Remember the moon landing? Guess what, it was such a huge deal because it was broadcast live! It only had one big caveat: You couldn't buy the rocket. Also, you couldn't buy the moon. So from a business perspective, it was a failure, really.

Good news, though: 51 years later, we're here to give the people what they want. Experts say, livebuying is already kind of like the moon landing for ecommerce. Just look at all the statistics! Pretty much the same thing. AND also more colors.

Congratulations! You've Reached The End Of This Website. Now, What Are You Waiting For?

The company that will change shopping forever.
Live Video Shopping made easy.
Follow us